I designed an Izbalavka installation for A-Fest festival in Kaluga district, Russia. We built it together with friends and our Meandre architectural studio. The winners were announced on 22th of September. We won first prize! 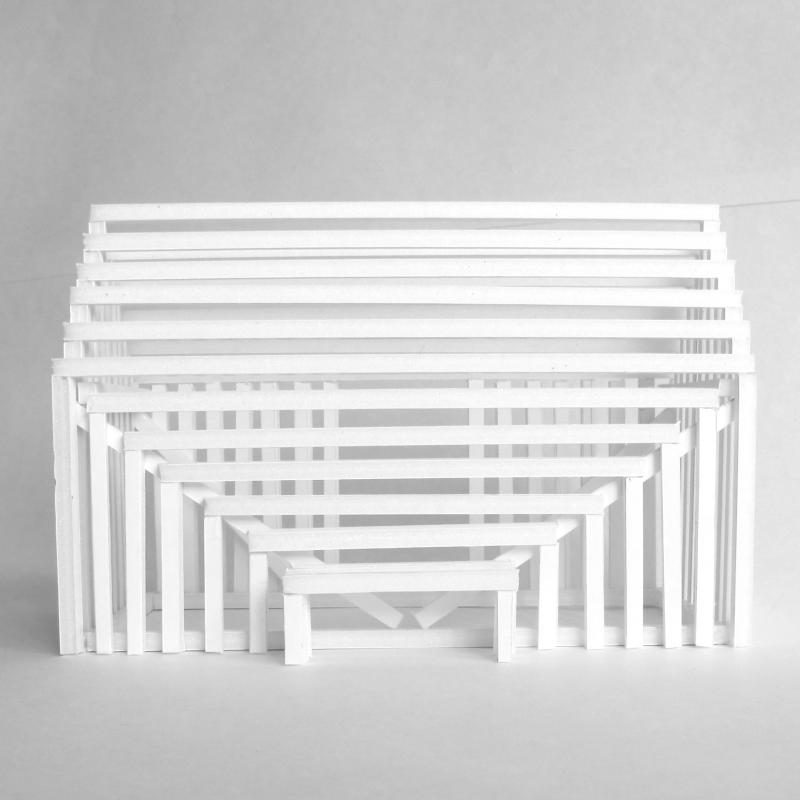 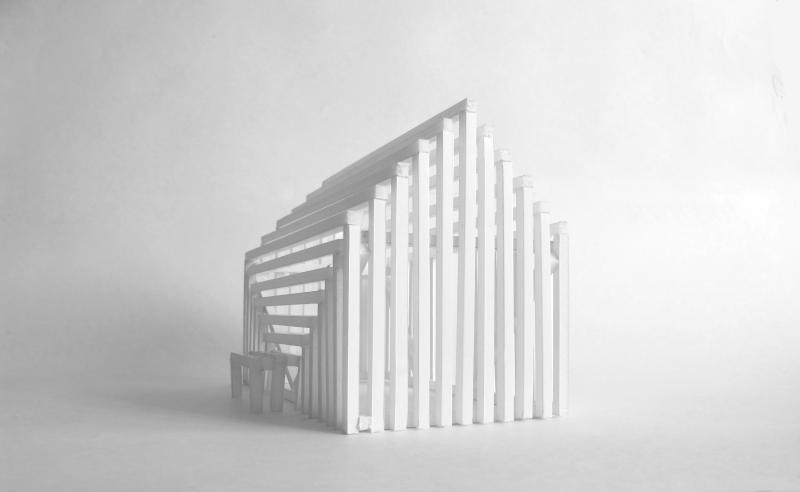 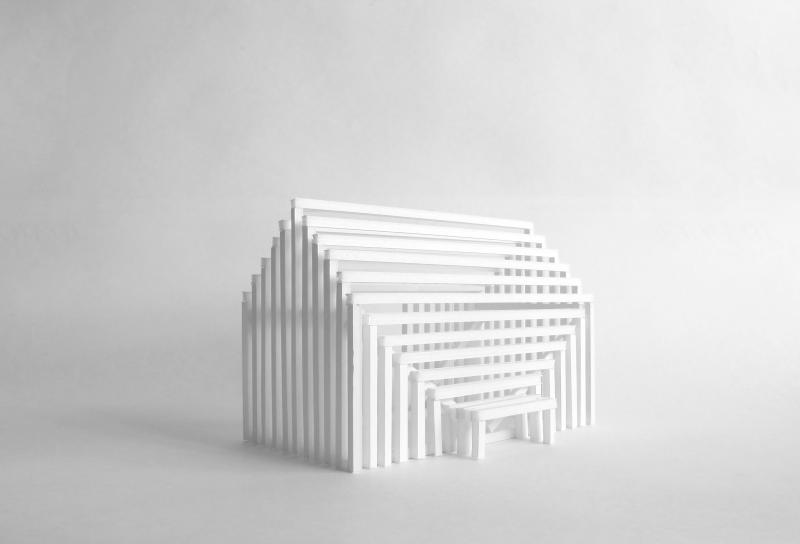 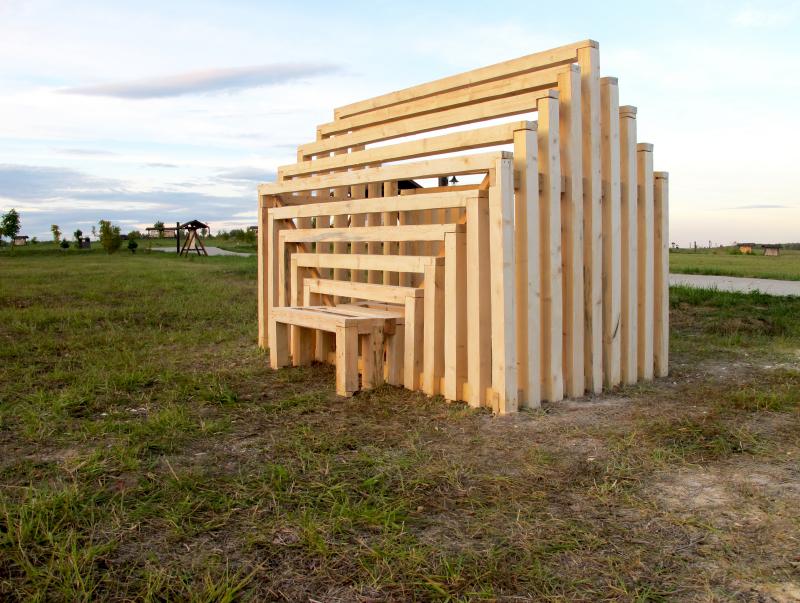 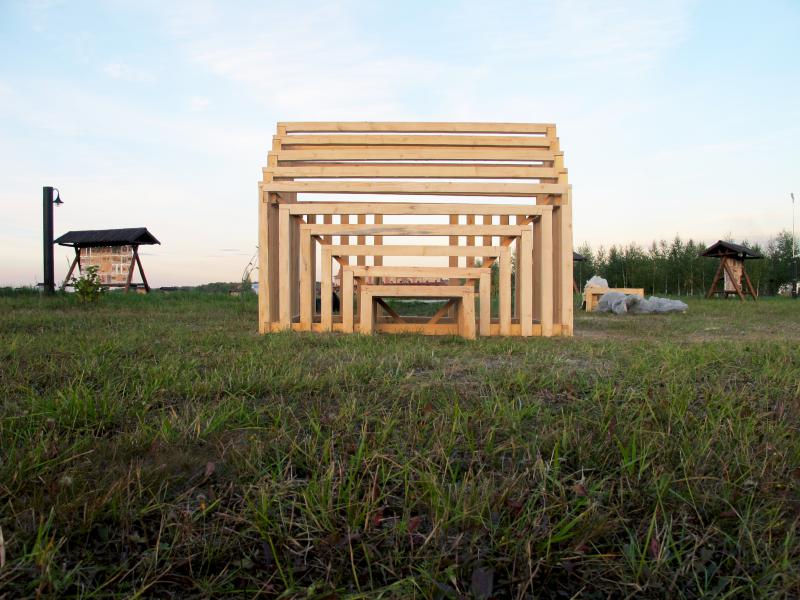 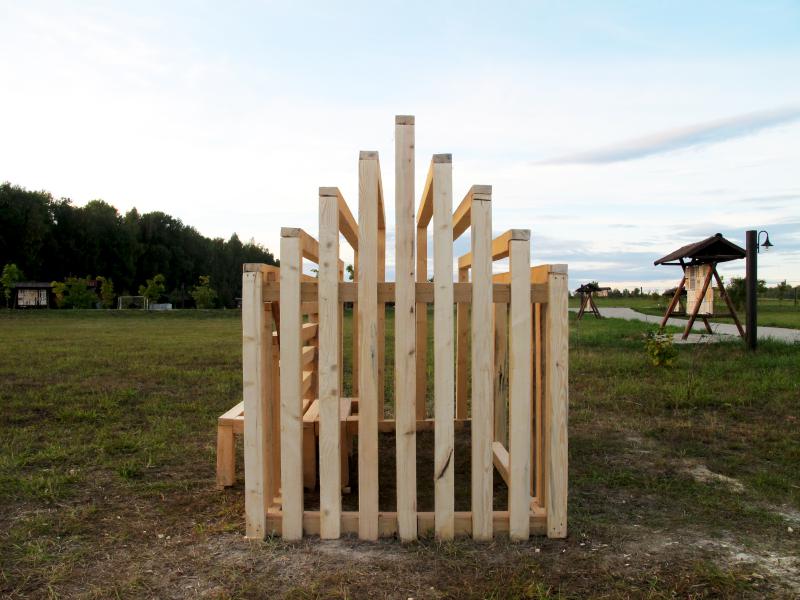 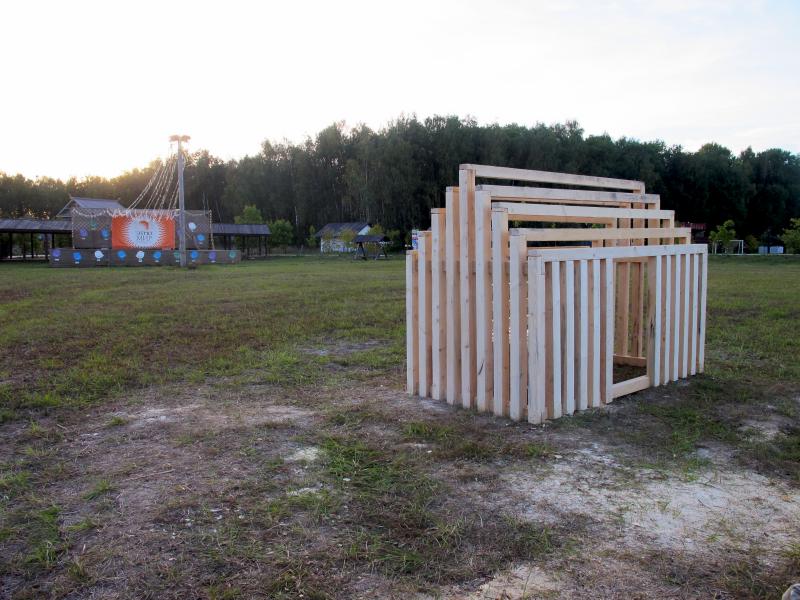 The tendency of cities coalescence, increase in their density, multiplication of functions in every point of cityscape is forcing architects to search for new solutions and images for such type of environment. The line between buildings, urban environment, spaces, parks and other urban elements is becoming more and more blurred.

Authors were trying to uncover this tendency in their work, using historical images to reveal a contradiction between modern tendencies and local cultural specifics.

The object is a fusion of two core elements of Russian traditional settlements: a traditional house and a bench. These two elements were in the center of Russian private and social life, mentioned through ages in songs, poetry, literature and movies.

Traditional house (izba) is an embodiment of Russian private housing and a source of local construction industry. It symbolizes all structures and architecture. The icon of a house with a double-sloped roof is a universal symbol of a home and of any building really.

The bench (lavka) – is the simplest symbol of urban environment. The primitive seating that encourages interaction and sharing. Modern social spaces are by many terms a more complex combination of various seating.

Thus transformation of one object to another epitomizes an urban development in a very small scale.